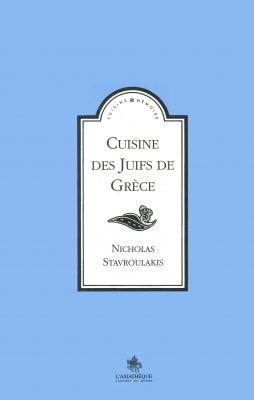 Over more than 2,000 years, the Jewish communities in Greece have developed a unique culture formed through successive contributions, most notably that of the Sephardic Jews, welcomed into the Ottoman Empire at the end of the fifteenth century. Until the Shoah, which took a heavy toll on the Jews in Greece, the richness of their culture was expressed in their daily routine as well as during religious holidays. Nicholas Stavroulakis takes us back through the history of these communities, and through his illustrations and descriptions, he elegantly evokes the vibrancy of their customs and traditions. The 287 recipes in this book are more than just delicious meals – they are testimonies to a rich and beautiful culture. The cookbook contains numerous black and white illustrations.