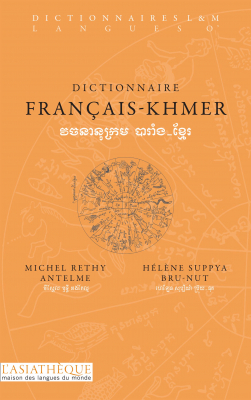 This dictionary contains approximately 17,000 entries, and begins with an introduction describing the development of the language. The words are given in both the Khmer writing system and in phonological transcription. Entries specify the context in which certain words are used, and when necessary also explain the level of formality of the words, whether they are regionalisms, and which specific parts of society they are used by, such as by monks or by the royal family. A number of new and recent words are also included.

Michel Rethy Antelme is responsible for the Khmer section at INALCO.