Vadime Elisseeff, born May 4, 1918 in Saint Petersburg and died January 29, 2002, is a French historian and art historian specializing in the Far East. Vadime Elisseeff's career is intimately linked to the life of the Cernuschi Museum in Paris - one of the rare museums in the West whose collections are exclusively devoted to Chinese art - which he directed from 1956 to 1982. And yet his professional activities, between UNESCO and the Documentation Center for Contemporary China, as its subjects of interest (East-West dialogue, the arts of Asia from prehistoric times to living artists, Russian art, among others) led him to have a much broader field of expertise. Director of the Guimet museum from 1982 to 1986, he had to impose the idea of undertaking large-scale work there, which was done by Jean-François Jarrige, his successor. 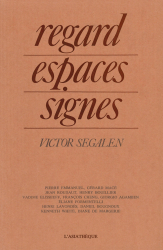