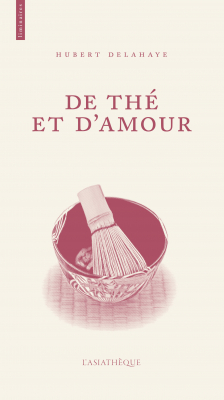 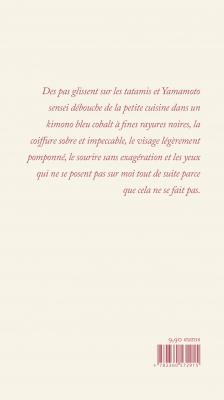 The tea ceremony in Japan and the chance of a meeting

Kyoto, in the seventies.

The story is written in the first person: a young Frenchman is introduced to the tea ceremony with Madame Yamamoto, the sensei (the one who passes on her knowledge and experience). We are awaiting the arrival of one of the participants, Shimizu-san. Her first name, Ichie, evokes both the "meeting" (ichie) of two young people around tea and the Buddhist term ichigo ichie, literally "one time, one meeting", which is part of the Way of tea.

As the feeling between Yamamoto sensei's two students slowly dawns, Ichie reveals to the young man the tragic secret of her family during an unusual tea ceremony.

In this weightless story, as light as the gestures of tea and almost without intrigue, everything is in the atmosphere, in a feeling of strangeness and fascination which carries the reader, and in the conduct of a cleverly arranged story. One thinks of the film released in 2020 by Tatsushi Ômori, Every Day a Good Day, and Thousand Cranes, by Kawabata Yasunari.

From the Author of the appreciated Lettres d'Ogura.

"... A mixture of exoticism and spirituality on a human scale, this pretty novel takes us to Japan and therefore to an unknown land for the most part. Far from being a tourist guide, we will close it again, under the spell of these "impressions" while having the impression of having progressed a little more in our intimate geography. ..."

“... the beginning of a relationship between fascination and strangeness in a typically Japanese atmosphere. An ode to the tea ceremony. "

"... Hubert Delahaye knows and masters perfectly all the codes of Japanese literature: a style, an atmosphere where everything is implied, everything is in chiaroscuro, metaphors, nothing direct, even for the expression of feelings. ... " 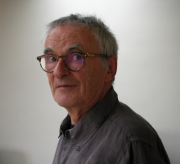 Hubert Delahaye spent his professional life at the Collège de France in the field of sinology. He was attached to the Chair of Social and Intellectual History of China by Jacques Gernet then at the Institutes of the Far East as Lecturer. It was only natural that he was also interested in the neighbors Japanese, these islanders so close to the Chinese and at the same time so different ...

A collection of literary texts testifying to a geographical and cultural elsewhere. The experience of diversity here gives the voices of the intimate the means to engage in a sensitive storytelling, story of the other and revealing of oneself.