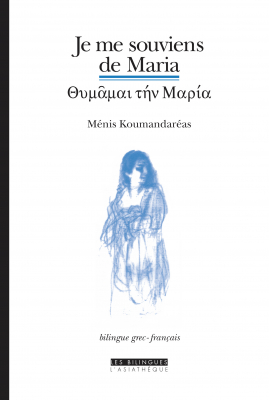 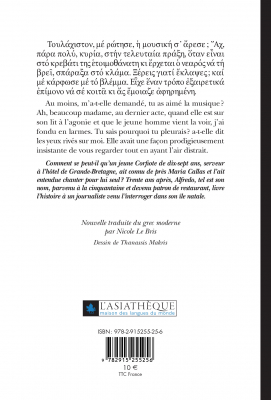 How is it possible that a young man from Corfu, 17 years old and a waiter at the Great Britain Hotel, could have known Maria Callas personally and heard her sing for him alone? Thirty years later, Alfredo, in his fifties and now owner of the hotel restaurant, tells his story to a journalist who comes to interview him on his native island. A well-known author in Greece and in France, Ménis Koumantaréas (also written Menis Koumandareas) was born in 1931 in Athens where he still lives and works today. He has already written several novels, published in Greece by Kédros, some of which have been translated into French.

normalienne and aggregate of classical letters. She has collaborated among others on the bilingual editions of Rives du Congo and the Forty Columns of Remembrance by Annemarie Schwarzenbach.