Alain Forest is a historian and professor emeritus at the University of Paris 7 in the history of the Indochinese Peninsula. His work focuses on the history and anthropology of the Indochinese Peninsula, on religion and politics in the countries of Theravada Buddhism, as well as on relations between the West and Asia. He is the author of several works on the relations between Europeans and Southeast Asian societies and on Cambodia (history and society) including: Le Cambodge et la colonisation française (1897-1920) (l’Harmattan, 1978), Le Culte des génies protecteurs au Cambodge (l’Harmattan, 1992) et Histoire religieuse du Cambodge : un royaume d’enchantement (les Indes savantes, 2012). he also directed Le Cambodge contemporain (joint publishing of IRASEC and les Indes savantes, 2008). In Falcon, l’imposteur de Siam (les Indes savantes, 2010) – as in the present book – he gives free rein to his imagination as a novelist, while strongly basing it on historical facts, . 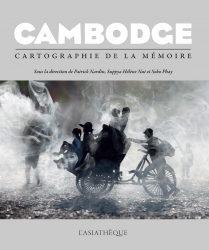