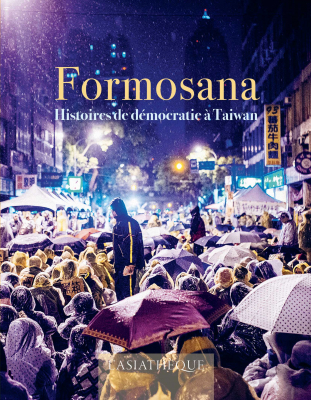 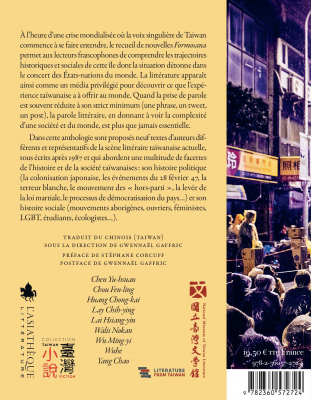 (Stories of democracy in Taiwan)

A surprising literary journey into the young Taiwanese democracy

At a time of a globalized crisis where Taiwan's singular voice is beginning to be heard, the collection of short stories Formosana allows French-speaking readers to understand the historical and social trajectories of this island whose situation stands out in the concert of the United States. nations of the world. Literature thus appears as a privileged medium for seeing what the Taiwanese experience has to offer to the world. When speaking is often reduced to its bare minimum (a sentence, a tweet, a post), literary speaking, by showing the complexity of a society and the world, is more essential than ever. In this anthology, directed by Gwennaël Gaffric, ten texts by different authors and representative of the current Taiwanese literary scene are proposed, all written after 1987 and which address a multitude of facets of Taiwanese history and society: its political history. (the Japanese colonization, the events of February 28, 47, the white terror, the movement of "non-party", the lifting of martial law, the process of democratization of the country ...) and its social history (aboriginal movements, workers, feminists, LGBT, students, environmentalists…).

Huang Chung-kai was born in 1981 in Yunlin (Taiwan). A history graduate, he is currently editor-in-chief of the literary magazine Nouvelles. He is the author of three novels, two collections of short stories, and several other short stories in journals and magazines. He has already won several literary awards, including the New Young Writer Award from the United Daily newspaper. He is part of the new and rising generation of Taiwanese writers, regularly dealing in his novels with the relationship of Taiwanese youth to globalization. His works, of postmodern inspiration, combine references to popular culture and metafictional literary experiments. 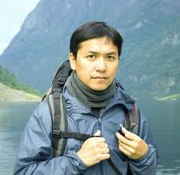 Stéphane Corcuff (born in Brest in 1971) obtained his doctorate in 2000 from the Institute of Political Studies in Paris. A teacher-researcher specializing in the Chinese world, he particularly studies Taiwan - where he lived for long periods - from the perspective of the identity dynamics of its margins, its geopolitical history and its political recomposition. Director of the Taipei Branch of CEFC 2013 to 2017, he is a member of the editorial board of "China Perspectives".

1. "C'est la faute de la statue" ("It's the statue's fault") by Walis Nokan, translated by Coraline Jortay - An elementary school janitor denounces children not having greeted the statue of Chiang Kai-shek. The two pupils - Atayal natives - have a hard time understanding what they are being criticized for.
2. "Libellule rouge" ("Red Dragonfly") by Lay Chih-ying, translated by Damien Ligot - As White Terror has descended on Taiwan, a young medical student remembers, dissecting his cousin's corpse, the tragedies passed through.
3. "Fleurs dans la fumée" ("Flowers in the smoke") by Yang Chao, translated by Stéphane Corcuff - A Continental who lost his wife in the riots of February 28, 1947 meets a young Taiwanese woman who lost her father during the White Terror and commits to peril of his life in resistance to the authoritarianism of power.
4. "Mon frère le déserteur" ("My brother the deserter") by Wuhe, translated by Emmanuelle Péchenart - The account of the repeated desertions of a young conscript given by his brother, who takes him as a model.
5. "1987, une fiction" ("1987, a fiction") by Lai Hsiang-yin, translated by Matthieu Kolatte - A university student attends a literary camp and at the same time witnesses the upheavals of society.
6. "Les Titi " ("The Titi") by Chen Yu-hsuan, translated by Emmanuelle Péchenart - A worker in a textile factory ends up leaving her comrades, enslaved to their "sewing animals" and depersonalized by their work.
7. "La nuit du repli" ("The night of the withdrawal") by Chou Fen-ling, translated by Lucie Modde - One of the few fiction stories that deals with the Sunflower movement. The author points to the incomprehension that exists between the different generations in Taiwan.
8. "Un cabiaï" ("A capybara") by Huang Chong-kai, translated by Lucie Modde - While China and Taiwan have gone to war, the narrator takes advantage of the panic to steal a cabiaï from the zoo. While raising the animal, he wonders how Taiwan is in danger of disappearing.
9. "L'homme aux yeux à facettes" ("The Man with the Compound Eyes") by Wu Ming-yi, translated by Gwennaël Gaffric - A young man meets, in a natural park, a person with a strange look, who talks to him about seeing the world as does a butterfly. Story of an awareness of respect for other species and questioning of the concept of "commons".