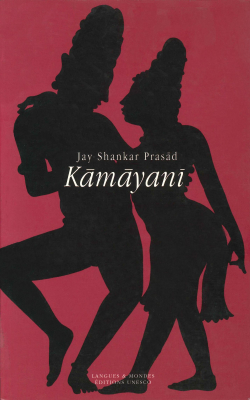 Written in 1936, Kamayani is a modern epic built around the theme of the genesis of mankind as the outcome of the Flood.

Written in 1936, Kamayani is a modern epic constructed around the theme of the genesis of the human species as the outcome of the flood. This beautiful and poetic text is written in the style of Chayavad, "ombrisme," a school of thought mainly inspired by the English Romantic movement where nature and expression of feelings hold an importabce place.  Questions which have tormented the human spirit for centuries are reviewed in a lyrical way and found its inspiration in the ancient Sanskrit literature and its outcome in the pursuit of the supreme happiness as the philosophy of Shaivism perceives it. The book has been coedited with UNESCO Press.

Jay Shankar Prasad (1890-1937) was a famous figure in modern Hindi literature as well as in Hindi theater.

Nicole Balbir (1924-2008) has been Professor of French at University of Patna in India (1952-1955) and Hindi Professor at INALCO in Paris (1974-1992). Director of the South Asia Department, INALCO (1980-1990). Director of the Center for Studies and Research on the Indian Subcontinent, INALCO (1976-1992). She is the co-author of Dictionnaire hindi-français, and author of the preface to the book Kâmâyanî, both published by l'Asiathèque.