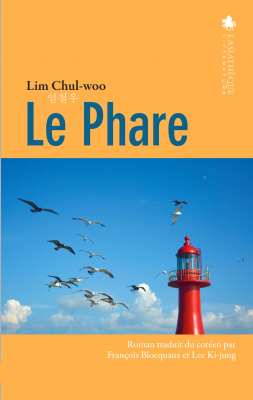 After telling us about his rough childhood, but delighted with his grandparents in his bestseller I want to go to this island (L'Asiathèque, 2013), Lim Chul-woo evokes his childhood, both hard and happy, with his grandparents on the island of Wando, South Korea, then tells of his adolescence and his poorly lived move in a poor suburb of Kwanju, on the mainland. His mother struggling to make them live, he and his two sisters, one of whom is mentally handicapped. In The lighthouse, Lim Chul-woo plunges us into the intimacy of poor Koreans, on the sidelines of the city, without makeup or misery.

Lim Chul-woo, born in 1954, publishes his first short story, "Dog Thief" in 1981 and quickly became known thanks to numerous works (including "La Terre de mon père ”, published in French under the title Terre des ancêtres, Paris, Imago, 2012). I want to go to this island won him the votes of the Korean public and a film was made from it (To the Starry Island) of which he was the co-writer with Lee Chang-dong and the director, Park Kwang-su. We could see it in the series produced for Arte by Jacques Debs, South Korea, the land of many miracles, aired from November 2 to 6, 2015 (episode devoted to the islands: Wando and Jeju).