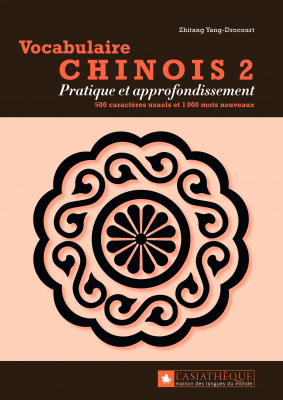 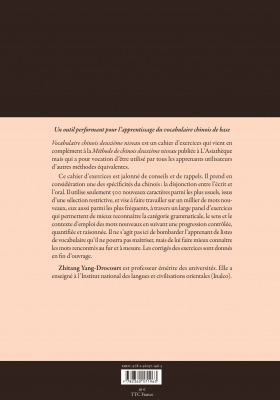 Chinese vocabulary second level is a workbook that complements the Méthode de chinois deuxième niveau published at the Asiathèque but which is intended to be used by all learners using other equivalent methods. This workbook is punctuated with advice and reminders. It takes into consideration one of the specificities of Chinese: the disjunction between the written and the oral. It uses only 500 new characters among the most common, from a restrictive selection, and aims to work on a thousand new words, also among the most frequent, through a wide range of exercises that allow better recognition the grammatical category, the meaning and the context of use of the new words following a controlled, quantified and reasoned progression. It is not a question here of bombarding the learner with lists of vocabulary which he will not be able to master, but of making him better know the words encountered progressively. The answers to the exercises are given at the end of the book. Zhitang Yang-Drocourt is professor emeritus of universities. She taught at the National Institute of Oriental Languages ​​and Civilizations (Inalco).

Zhitang Yang-Drocourt is professor emeritus of universities. She has taught at the National Institute of Oriental Languages and Civilizations (Inalco).