Pierre Cambon (born in 1955) studied history, art history and archeology at the Sorbonne and at the École du Louvre, focusing on the art of Gandhara or Central Asia. . Seduced by Korea, which he discovered in 1981, he learned the language and married Kim Sang-lan, artist and professor at the time at Wonkwang University. Cultural Attaché to the French Embassy in Seoul from 1988 to 1992, he was responsible, on his return to France, to create a department of Korean antiques at the Guimet Museum - until then attached to the Japan section. Twice he was sent to North Korea as a consultant for Unesco. In 2001, he published at the RMN "Korean Art at the Guimet Museum" (2001) and "Landscapes of Korea in the Land of Letters" (2001), then directed the publication of "Afghanistan: Une histoire millénaire" ( 2002). 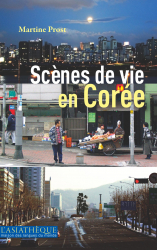