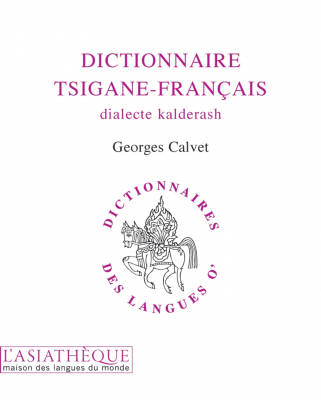 The Tsingani language, or romani tchib, has been spoken in Europe since at least the fourteenth century. It is currently spoken by nomads on five continents, as well as by armchair linguists. It does not have a system of writing, and is still spoken in various diverse dialects. The choice of the Kaldaresh dialect for this dictionary was motivated by its large base of speakers. Each entry presents the principle definition of the word, followed by numerous examples taken from modern conversations among and with the "Romani" people. As a result, the dictionary allows the user to consider each word within the context of the language and not just as an isolated and abstract object. 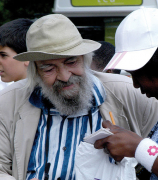 Georges Calvet died on July 29, 2012, in Saint-Priest. Born August 14, 1936 in Lyon, he was 75 years old. Graduated in Indian languages ​​(Hindi and Urdu) and author of a doctoral thesis in general linguistics, entitled Description d'un dialecte gypsy du Banat, he is the founder, in 1968, of the teaching of the gypsy language at the School. National Center for Modern Oriental Languages ​​(which was not yet the Inalco), in Paris. He taught this until the mid-1990s. Health problems then forced him to withdraw.