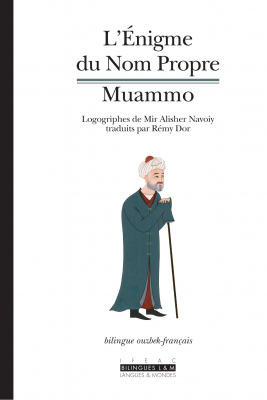 Between the fifteenth and sixteenth centuries, a particular literary genre in Uzbekistan rose quickly to prominance : tales using enigmas or muammos that disguised one's proper name. In juggling the letters of a word, adding some and erasing others, another word appears : the enigma. Mir Alisher Navoiy, an important humanist and figure in Muslim syncretism, brings to light this particular genre. Crossing frontiers, his work became a creative force in the Persian city of Herat as well as in the Ottoman Empire. The enigmas (also called logogriphs) proposed in this book are rhyming couplets extolling female beauty. These couplets are dedicated, with a few rare exceptions, to men whose names are hidden within the couplet. The Uzbek text is followed by the French translation and, when applicable, the Persian text as well. Explanations of the enigma and of key words are provided so that the reader can guess the hidden word. The riddles contained in L'énigme des noms propres (The Enigma of Proper Names) is perfect for amateur word buffs of all kinds.

Rémy Dor, university professor, linguist and ethnologist of the Turkish world, previously published at the Asiathèque in the “Bilingual L & M” collection five works devoted to various aspects of literary creation, oral or written tradition: lyric chantefables, tongue twisters, logogriphs, rhymes and riddles. He is a professor at Inalco.