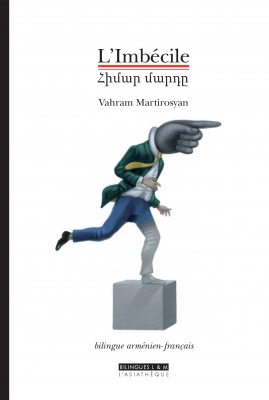 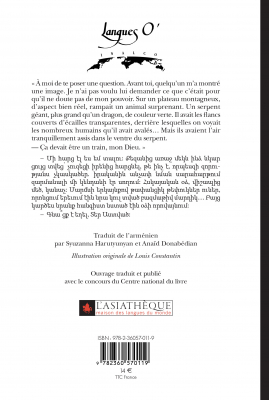 L'Imbécile (The Foolish Guy) is a short story, written in 2003-2004. The genre is philosophical fantasy : at the top of a mountain, various people, including the narrator and a young girl eventually arrived in a cave, which in reality is the antechamber where God receives those who come asking for help or explanations. Traditional tales are involved in the narratives. One is displayed in this strange waiting room, the other is told by one of the characters. Each one of the characters is drawing variations on these tales and their significance. The originality of the story lies mainly in the reinterpretation of these tales. Just after his encounter with God, which rises humorous dialogues, the narrator's mother relives (as it was the narrator's wish made to God), but for a very short time, just enough for the son –who became orphan again– to fully realize that she was the only one to understand him. The time having mysteriously fled, he finds himself terribly alone, wondering if having wanted to meet God he had not lost everything, as did the hero of the tale who is always making bad choices, the foolish guy! the foolish guy!

L'Imbécile
"... if Vahram Martirosyan introduces another tale into the tale, it is to better demonstrate to us that man must seek his salvation elsewhere than in popular wisdom ..."

Vahram Martirosyan, born in 1957, is part of the new generation of Armenian writers who have emerged since independence. He worked for Armenian television before founding, with Violette Krikorian, Bnagir, an avant-garde literary review. At the same time, his novels are serialized in newspapers ... as in Balzac's time! One of his books, Glissement de terrain, was published in a French edition by les 400 coups.