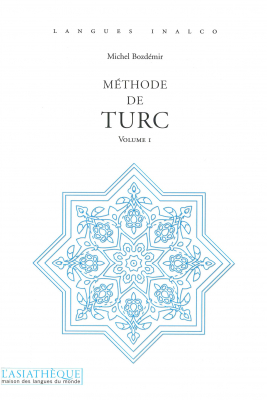 Did you know that the Turkish-speaking world is as big as the French-speaking world ? It extends from southeast Europe to northern Siberia, passing through the Near East and the Middle East and also through Central Asia. Turkish as spoken in Turkey is dominant because of its rich cultural, historical, and literary traditions, and it also plays an important economic role between Turkey and Europe. Endowed with an almost Cartesian logic, a surprising elasticity, and a song-like resonance, this language is often referred to as the "Latin of the Orient." While every student learns a language at his or her own rhythm, a good language learning method is only effective if it is progressive, challenging the developing student with more and more difficult exercises. This is why the lessons are presented in a logical succession and with the aim of introducing material in a smooth manner. Each lesson is accompanied by exercises which are recorded on the CD along with their solutions, so the student can learn by both oral and written methods. This book is equally well-suited for the curious mind, the linguist, the diplomat, the business traveler, and the simple tourist.

Michel Bozdémir is a professor of Turkish language and civilization at Inalco.